Chad Young is in his 15th year broadcasting high school football and basketball on Talk104/93 WKCT. Chad was the Public Address Announcer for WKU Football from 2003-2013 and also worked on the KHSAA’s online webcast of the softball state tournament. He is the Program Director at Talk/104 93 WKCT and hosts The Morning Show which airs weekday mornings. Chad has also been the South Warren tennis coach since 2010. 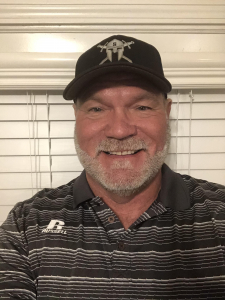 Jim King started broadcasting high school football games on WKCT in 2008, joining Chad in the booth as they covered the Greenwood Gators, his son Preston’s alma mater. for three seasons. He returned in 2018 to offer analysis on WKCT’s High School Game of the Week. Jim played football at WKU from 1980-83 and Preston followed in his father’s footsteps playing for the Hilltoppers from 2007-10. His son, Wes,  played football and baseball at South Warren and played baseball collegiately at Kentucky Wesleyan and is in his first year on the Spartan coaching staff. Jim works in Nashville for Crescent Electric Supply as a District Manager. He is excited to be covering high school football again this season and glad that WKCT is now the official broadcast home for the South Warren football team.